A urinal is a specialized toilet designed to be used only for urination by men and boys.

The term may also apply to a small building or other structure, in which such toilets are contained. Or it can refer to a small container where urine can be collected for medical purposes, or to use where access to washroom facilities is not possible, such as in small aircraft or for the bedridden.

Nearly all urinals are intended for use by males, but a few have been designed for use by women. From 1950 to 1974, the American Standard company offered the mass-produced "Ladies' Home Urinal." It did not provide significant advantages over conventional toilets, because it used just as much floor space and flushing water. Its main selling point was that women could use the fixture without touching it.

Several other designs have been tried since then, but they either required the user to hover awkwardly or to bring her genitals into close contact with the fixture. Most have not caught on. Current clothes fashion such as panty hose and slacks inhibit women from using them because they don't want their garments to touch the urinals or the floor. Often American women have little experience with them and don't know whether to approach them forward or backward.

More recently, models that use specialized funnels have been introduced, with some success, at outdoor festivals (to reduce cycle times and alleviate long lines), most recently at the Glastonbury Festival in Pilton, Somerset, also at Leeds festival and Reading festival. 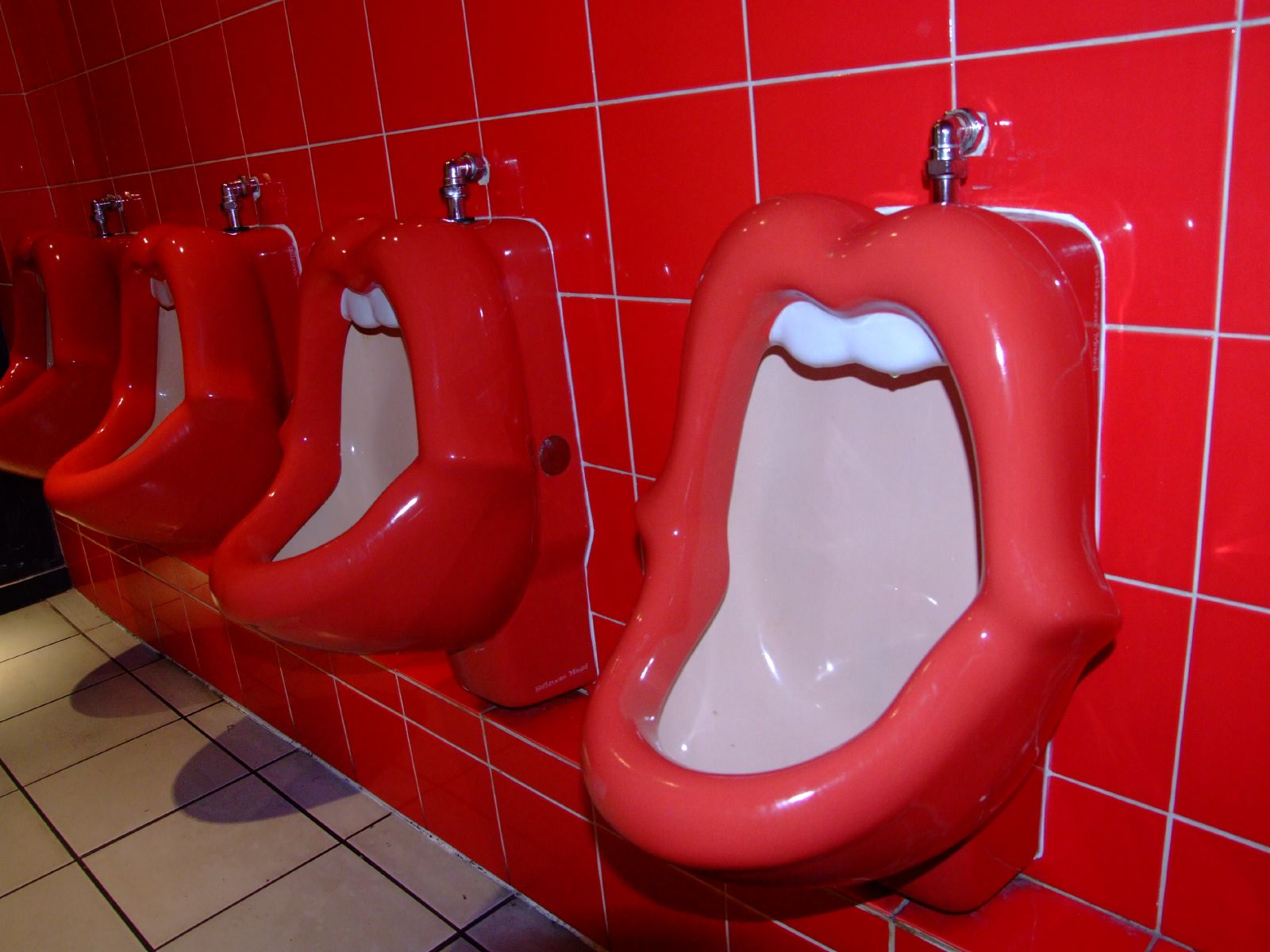 It is shaped like an open pair of red lips. In early March of 2004 the National Organization for Women (NOW) took offense to these new urinals Virgin Atlantic Airways decided to install in the Virgin Atlantic clubhouse at JFK Airport in New York, New York. After receiving many angry phone calls from female customers Virgin Atlantic Vice President John Riordan called to apologize.

Protestors surmised a connection to oral sex and/or urolagnia, and based complaints on the urinals being sexist.